Nutrition
The Issue
In many countries across sub-Saharan Africa and Southeast and Southern Asia, more than 40 percent of all children under the age of five are chronically malnourished, impairing their physical and cognitive development. Chronic malnutrition is an underlying cause of nearly half of all childhood deaths around the world. Many parents understand what they should feed their children, but do not have the means to provide that food. Anemia – a lack of iron in the blood – can also be linked to malnutrition in both children and women, contributing to low birth weights and increasing the risk of serious complications during pregnancy. These two conditions, malnutrition and anemia, form an intergenerational cycle: a malnourished child is more likely to become anemic as an adolescent, who is more likely to have a risky pregnancy and deliver an underweight infant, who, in turn, is more likely to grow into a malnourished child. CHAI works at the intersection of the private and public sectors to break the cycle of malnutrition and ensure that vulnerable populations receive high quality, nutritious food. These foods are specially designed for pregnant and nursing women, as well as children who are six months to two years old, a critical window for healthy growth and development. In India, we are working with the government to improve state-funded distribution systems that ensure healthy, supplementary foods reach the women and children who need them. CHAI supports the government of Madhya Pradesh to drive ambitious reforms in three key areas: reducing anemia in adolescent girls and pregnant women through the uptake of iron folic acid supplements; improving the quality of and access to complementary foods distributed through the government’s long-running child health and development program; and improving communities’ access to purified water. By 2020, the program is expected to reduce the burden of malnutrition and anemia by 20 percent state-wide.

Results
2.8M
children between 6 and 36 months reached by the CHAI-supported nutrition program in India, along with 1.2 million pregnant and breastfeeding women
105K
children between 6-23 months, pregnant, and nursing women reached with fortified blended foods in Rwanda in 2019
Spotlight How girls in Madhya Pradesh tackle anemia in everyday life

How girls in Madhya Pradesh tackle anemia in everyday life 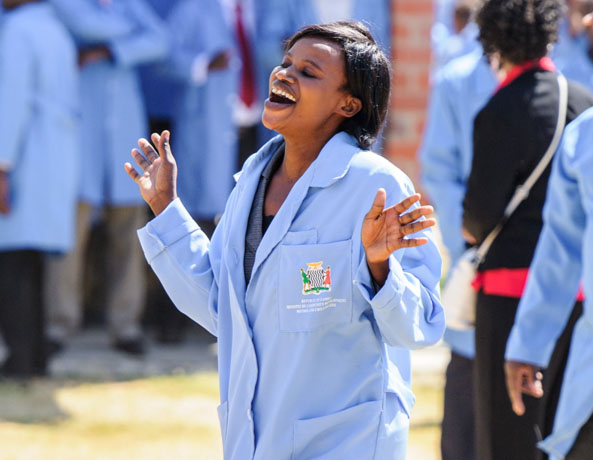